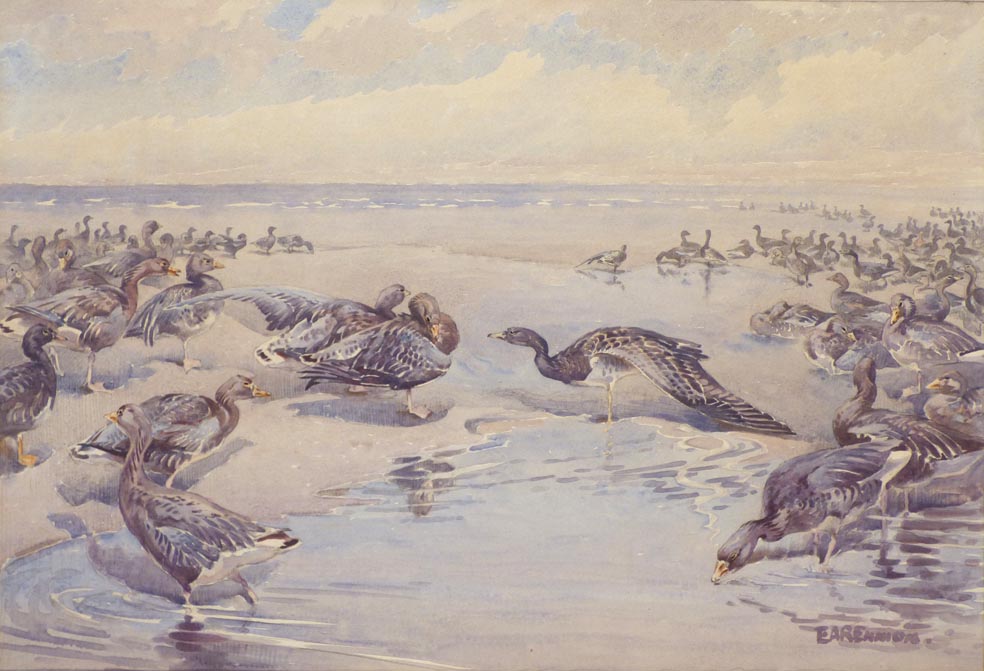 Eric Ennion was born on 7th June 1900 at Kettering in Northamptonshire, the son of a country doctor. In 1904 the family moved to Burwell on the edge of the Cambridgeshire fens where, after studying medicine at Caius College and St Mary’s Hospital, he joined his father’s practice in 1926.

From an early age he was fascinated by birds, and with drawing them. He held his first London one-man show of sporting pictures at the Greatorex Galleries in 1937.

At the end of the war he sold the medical practice and took the opportunity to become the first warden of the pioneer Field Studies Centre at Flatford Mill in Suffolk. After five years at Flatford, he and his wife Dorothy established their own Field Centre and Bird Observatory at Monks’ House, in Northumberland. In 1961 they ‘retired’ to Shalbourne in Wiltshire. There Eric ran his own private courses on land-scape and wildlife painting and continued to paint, lecture and teach natural history until his death in 1981.

A great champion of wildlife art, he exhibited his own work widely and was especially keen to encourage young artists. He was the author of eleven books, illustrating all but one of them himself, and the illustrator of a similar number by other authors.